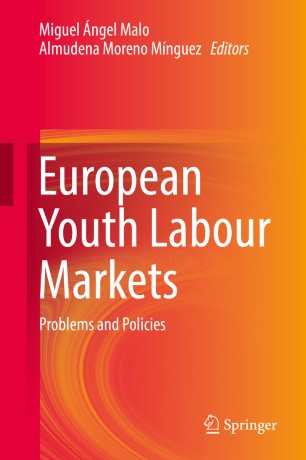 This timely analysis examines the complex state of youth unemployment across Europe and offers cogent policy suggestions for addressing this longstanding societal problem. The findings reveal numerous national and regional factors affecting youth joblessness—not only market and economic challenges, but also deep sociocultural and political dynamics underlying the situations. Coverage details how the standard transition from school to work is disrupted in an already depressed adult job market, and compares a wide range of responses in terms of both young people’s educational decision-making and national youth policy. In particular, contributors assess whether the current crop of Youth Guarantee programs can/should be a model for employment policy across the continent.

Among the topics covered:

European Youth Labour Markets is of interest to an international audience of economists, sociologists, and leaders in governmental, non-profit, and corporate sectors through its broad and comparative macroeconomic focus and implications for policymaking, research, resource allocation, and policy evaluation.

Miguel Ángel Malo is an Associate Professor of Economics at the University of Salamanca (Spain). He has been a visiting scholar at UMIST (University of Manchester Institute of Science and Technology, UK), European Centre for Analysis in the Social Sciences (University of Essex, UK), National Bureau for Economic Research (USA) and the International Labour Organization (Switzerland). His main research interests are employment policies, labour market segmentation, employment protection legislation, employment of people with disabilities, and the impact of labour market performance on poverty and social exclusion. From 2007 to 2009 he was President of the Spanish Association for Labour Economics.  During 2013, he was on leave working as a Senior Economist at the International Labour Organization in Geneva.

Almudena Moreno Mínguez received her PhD in Sociology from the Universidad Autónoma de Barcelona in 2004 and she is a professor in Sociology at the University of Valladolid (Spain). She is specialist in social public policies and comparative research on youth, family and gender. She was visiting researcher at the Universities of Oxford (United Kingdom), McGill (Canada), Göteborg (Sweden), Stirling (United Kingdom), Torino (Italy) and Chicago (USA). She has taken part in scientific committees and European projects on gender equality policies and youth. Her research work has been recognized with the International Award for Young Sociologists, given by the International Sociological Association in 1998 as well as a research award given by the Fundación Acción Familiar in 2004 and also the Extraordinary Ph.D. Award by the Universidad Autónoma de Barcelona in 2004. Her recent publications are: “The early school leaving in Europe: Approaching the explanatory factors", New Horizons in Education, (2014); “Family policy indicators and well-being in Europe from evolutionary perspective”, Applied Research of Quality of Life Review, (2015); Family Well-Being: European Perspectives. Social Indicators Research Springer (2013), "Family and gender roles in Spain from a comparative perspective”, European Societies (2010); "The transition to adulthood in Spain in a comparative perspective: the incidence of structural factors”, Young Nordic Journal of Youth Research (2012); The Transition to Adulthood in Spain Economic Crisis and Late Emancipation, Fundation la Caixa, (2013). She has coordinated research conducted by Spanish Institute of Youth within the project “Spanish Youth Report” in 2008 and 2012. Se has been the Editor of the book Family Well-being. European Perspectives, Springer and she has taken part as reviewer in several international journals.