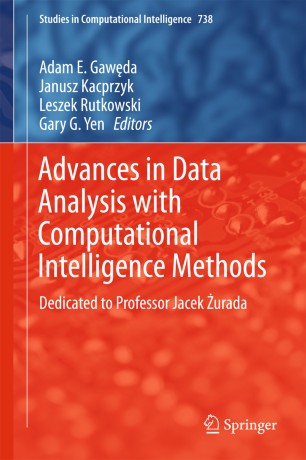 This book is a tribute to Professor Jacek Żurada, who is best known for his contributions to computational intelligence and knowledge-based neurocomputing. It is dedicated to Professor Jacek Żurada, Full Professor at the Computational Intelligence Laboratory, Department of Electrical and Computer Engineering, J.B. Speed School of Engineering, University of Louisville, Kentucky, USA, as a token of appreciation for his scientific and scholarly achievements, and for his longstanding service to many communities, notably the computational intelligence community, in particular neural networks, machine learning, data analyses and data mining, but also the fuzzy logic and evolutionary computation communities, to name but a few.

At the same time, the book recognizes and honors Professor Żurada’s dedication and service to many scientific, scholarly and professional societies, especially the IEEE (Institute of Electrical and Electronics Engineers), the world’s largest professional technical professional organization dedicated to advancing science and technology in a broad spectrum of areas and fields.