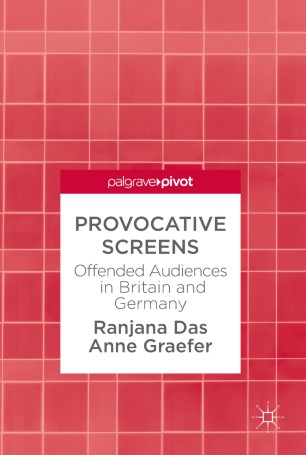 Offended Audiences in Britain and Germany

“Offensive media can be upsetting or funny, sought after or avoided, provocative or banal. While regulators debate whether they should be restricted, Das and Graefer reveal that audiences’ responses – variously ethical or evasive – concern less the offensive media than the often hurtful world thereby depicted. In so doing, they also reveal the importance of actually consulting the public on whose behalf so many venture to speak.”
–Sonia Livingstone, London School of Economics and Political Science, UK
“A perennial delight of good audience research is the way it shows how issues judged ‘simple and obvious’ by the loudest voices in our culture are in fact complex and variable.  This book does that in spades with the current fetish of ‘offence’.  Das and Graefer prove the need to move the debate away from simple oppositions of ‘free speech’ versus ‘harmful talk’. And then do it.”
–Martin Barker, University of Aberystwyth, Wales
"The so-called ‘right to offend’ has become one of the most heated, and divisive of debates across modern political, social and cultural life. Ranjana Das and Anne Graefer’s Provocative Screens makes an especially important and timely intervention in this vexed terrain by demonstrating the layers of complexity and ambiguity that lie behind superficially polarised and polarising arguments around the freedom of speech in the 21st century. This book is essential reading for anyone interested in contemporary audience research and the cultural politics of offence."
–John Mercer, Birmingham City University, UK
This book offers a nuanced understanding of ‘offensive’ television content by drawing on an extensive research project, involving in-depth interviews and focus groups with audiences in Britain and Germany. Provocative Screens asks – what makes something really offensive and to whom in what context? Why it offence felt so differently? And how does offensive content matter in public life, regulation, and institutional understandings?