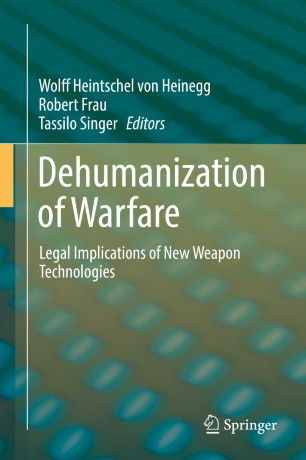 This book addresses the technological evolution of modern warfare due to unmanned systems and the growing capacity for cyberwarfare. The increasing involvement of unmanned means and methods of warfare can lead to a total removal of humans from the navigation, command and decision-making processes in the control of unmanned systems, and as such away from participation in hostilities – the “dehumanization of warfare.” This raises the question of whether and how today’s law is suitable for governing the dehumanization of warfare effectively. Which rules are relevant? Do interpretations of relevant rules need to be reviewed or is further and adapted regulation necessary? Moreover, ethical reasoning and computer science developments also have to be taken into account in identifying problems. Adopting an interdisciplinary approach the book focuses primarily on international humanitarian law, with related ethics and computer science aspects included in the discussion and the analysis.