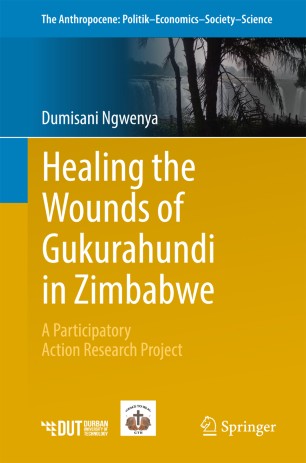 Healing the Wounds of Gukurahundi in Zimbabwe

Part of the The Anthropocene: Politik—Economics—Society—Science book series (APESS, volume 19)

This book is based on  a participatory action research project carried out with a group of former Zimbabwe People's Revolutionary Army (ZPRA) which was the armed wing of the Zimbabwe African People's Union (ZAPU) which was led by the late Joshua Nkomo. ZPRA was the primary target of  Gukurahundi, a pogrom by the Mugabe government which left an estimated 20 000 civilians dead and countless others tortured in the early 1980s in Matebeleland, Zimbabwe. It has been almost 30 years since the violence ended, but there has never been an official healing and reconciliation programme or truth commission into the atrocities. The government chose the path of amnesia by granting a blanket  amnesty to all involved. The regime has enforced a culture of silence over the event through repression and intimidation. The book is a culmination of a two year journey, by the group and the author, of an exploration of group-based self-healing approaches to the pain caused by the violence of Gukurahundi.