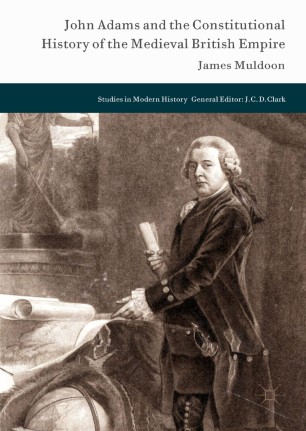 John Adams and the Constitutional History of the Medieval British Empire

This book contributes to the increasing interest in John Adams and his political and legal thought by examining his work on the medieval British Empire. For Adams, the conflict with England was constitutional because there was no British Empire, only numerous territories including the American colonies not consolidated into a constitutional structure. Each had a unique relationship to the English. In two series of essays he rejected the Parliament’s claim to legislate for the internal governance of the American colonies. His Dissertation on the Canon and Feudal Law (1765) identified these claims with the Yoke, Norman tyranny over the defeated Saxons after 1066. Parliament was seeking to treat the colonists in similar fashion. The Novanglus essays (1774-75), traced the origin of the colonies, demonstrating that Parliament played no role in their establishment and so had no role in their internal governance without the colonists’ subsequent consent.

James Muldoon is Emeritus Professor of History at Rutgers University, USA, and Researcher-in-Residence at The John Carter Brown Library, USA.