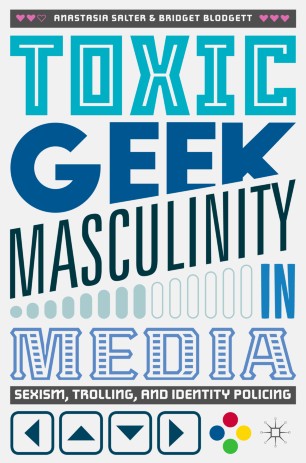 This book examines changing representations of masculinity in geek media, during a time of transition in which “geek” has not only gone mainstream but also become a more contested space than ever, with continual clashes such as Gamergate, the Rabid and Sad Puppies’ attacks on the Hugo Awards, and battles at conventions over “fake geek girls.” Anastasia Salter and Bridget Blodgett critique both gendered depictions of geeks, including shows like Chuck and The Big Bang Theory, and aspirational geek heroes, ranging from the Winchester brothers of Supernatural to BBC’s Sherlock and the varied superheroes of the Marvel Cinematic Universe. Through this analysis, the authors argue that toxic masculinity is deeply embedded in geek culture, and that the identity of geek as victimized other must be redefined before geek culture and media can ever become an inclusive space.