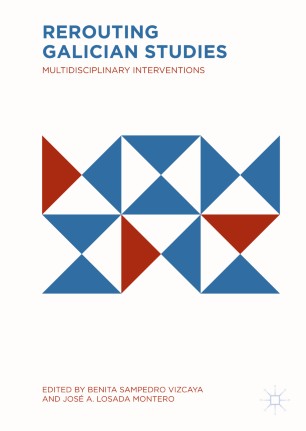 This book—aimed at both the general reader and the specialist—offers a transatlantic, transnational, and multidisciplinary cartography of the rapidly expanding intellectual field of Galician Studies. In the twenty-one essays that comprise the volume, leading scholars based in the United States, Canada, the United Kingdom, and New Zealand engage with this field from the perspectives of queer theory, Atlantic and diasporic thought, political ecology, hydropoetics, theories of space, trauma and memory studies, exile, national/postnational approaches, linguistic ideologies, ethnographic poetry and photography, Galician language in the US academic curriculum, the politics of children’s books, film and visual studies, the interrelation of painting and literature, and material culture. Structured around five organizational categories (Frames, Routes, Readings, Teachings, and Visualities), and adopting a pluricentric view of Galicia as an analytical subject of study, the book brings cutting-edge debates in Galician Studies to a broad international readership.

José A. Losada Montero is Assistant Professor of Spanish at Southwest Minnesota State University, USA. He is a book review writer for the Galician academic journal Grial. He previously served as the Galician Chair Xoan González Millán Secretary at the Graduate Center of the City University of New York, USA.