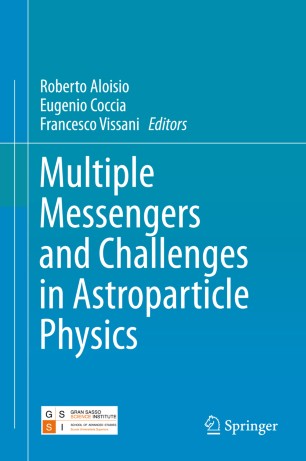 This book, designed as a tool for young researchers and graduate students, reviews the main open problems and research lines in various fields of astroparticle physics: cosmic rays, gamma rays, neutrinos, cosmology, and gravitational physics. The opening section discusses cosmic rays of both galactic and extragalactic origin, examining experimental results, theoretical models, and possible future developments. The basics of gamma-ray astronomy are then described, including the detection  methods and techniques. Galactic and extragalactic aspects of the field  are addressed in  the light of  recent discoveries with space-borne and ground-based  detectors. The review of neutrinos outlines the status of the investigations of neutrino radiation and brings together relevant formulae, estimations, and background information. Three complementary issues in cosmology are examined: observable predictions of inflation in the early universe, effects of dark energy/modified gravity in the large-scale structure of the universe, and neutrinos in cosmology and large-scale structures. The closing section on gravitational physics reviews issues relating to quantum gravity, atomic precision tests, space-based experiments, the strong field regime, gravitational waves, multi-messengers, and alternative theories of gravity.

Roberto Aloisio is a Professor at the Gran Sasso Science Institute, L'Aquila, Italy. His research is concentrated on studies at the boundaries between particle physics and astrophysics. His interests include the origin and propagation of cosmic rays, the possible indirect detection of dark matter, and, generally, nonthermal processes in astrophysics. He has also worked on theories with broken Lorentz invariance. Dr. Aloisio is involved in the activities of the High-Energy Astrophysics Group at the Arcetri Astrophysical Observatory and the Theory Group at the Gran Sasso National Laboratories.

Eugenio Coccia is Director of the Gran Sasso Science Institute and Professor of Physics at the University of Rome Tor Vergata, Italy. He is an experimental physicist with a focus on the detection of gravitational waves and an interest in neutrino physics and cosmic ray detectors. He has directed the EXPLORER experiment at CERN and leads the NAUTILUS experiment at the INFN Frascati Laboratories. He has been Director of the INFN Gran Sasso Laboratory (2003–2009), President of the Italian Society of General Relativity and Gravitational Physics (2000–2004), and Chair of the INFN Scientific Committee on Astroparticle Physics (2002–2003). He is currently the Chair of the Gravitational Wave International Committee (GWIC) and a member of the Council of the European Physical Society. In 2012 he was awarded the "Occhialini Medal" and Prize by the Institute of Physics (IOP), jointly with the Italian Physical Society.

Francesco Vissani  earned a PhD in high-energy physics from SISSA in 1994 and is currently a Professor at the Gran Sasso Science Institute, L'Aquila, Italy. His interests focus on astrophysics, and in particular supernova neutrinos; very high energy neutrinos and gamma rays; connections between particle physics and astrophysics; cosmic rays; lepto/baryogenesis; manifestations of neutrino masses; flavor oscillations; other probes of neutrino masses; tests of the lepton/baryon numbers and of CP violation; and extensions of the standard model. In 2008 he received the Occhialini Award for his research in neutrino physics.