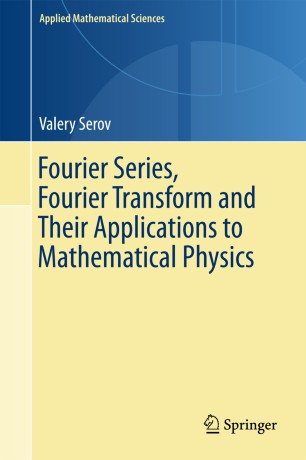 Fourier Series, Fourier Transform and Their Applications to Mathematical Physics

This text serves as an introduction to the modern theory of analysis and differential equations with applications in mathematical physics and engineering sciences.  Having outgrown from a series of half-semester courses given at University of Oulu, this book consists of four self-contained parts.

The first part, Fourier Series and the Discrete Fourier Transform, is devoted to the classical one-dimensional trigonometric Fourier series with some applications to PDEs and signal processing.  The second part, Fourier Transform and Distributions, is concerned with distribution theory of L. Schwartz and its applications to the Schrödinger and magnetic Schrödinger operations.  The third part, Operator Theory and Integral Equations, is devoted mostly to the self-adjoint but unbounded operators in Hilbert spaces and their applications to integral equations in such spaces. The fourth and final part, Introduction to Partial Differential Equations, serves as an introduction to modern methods for classical theory of partial differential equations.Complete with nearly 250 exercises throughout, this text is intended for graduate level students and researchers in the mathematical sciences and engineering.