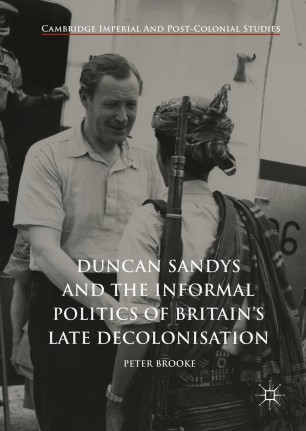 Duncan Sandys and the Informal Politics of Britain’s Late Decolonisation

This book throws new light on the impact of informal ‘old boy’ networks on British decolonisation. Duncan Sandys was one of the leading Conservative politicians of the middle decades of twentieth-century Britain.  He was also a key figure in the Harold Macmillan’s ‘Winds of Change’ policy of decolonisation, serving as Secretary for the Colonies and Commonwealth Relations from 1960 to 1964. When he lost office he fought strenuously to undermine the new Labour Government’s attempts to accelerate colonial withdrawal and improve race relations in Britain. Sandys developed important private business interests in Africa and intervened personally through both public and official channels on the question of Rhodesia, Commonwealth immigration and the ‘East of Suez’ withdrawal in the late 1960s. This book will appeal to students of decolonisation and twentieth-century British politics alike.