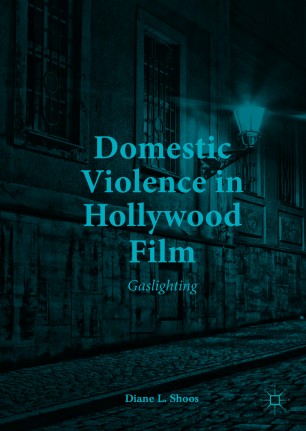 This is the first book to critically examine Hollywood films that focus on male partner violence against women. These films include Gaslight, Sleeping with the Enemy, What’s Love Got to Do with It, Dolores Claiborne, Enough, and Safe Haven. Shaped by the contexts of postfeminism, domestic abuse post-awareness, and familiar genre conventions, these films engage in ideological “gaslighting” that reaffirms our preconceived ideas about men as abusers, women as victims, and the racial and class politics of domestic violence. While the films purport to condemn abuse and empower abused women, this study proposes that they tacitly reinforce the very attitudes that we believe we no longer tolerate. Shoos argues that films like these limit not only popular understanding but also social and institutional interventions.

Diane L. Shoos is Associate Professor of Visual Studies in the Humanities Department at Michigan Technological University, USA, where she teaches and publishes on film, feminism, and visual media. She was a member of the Board of Directors of the Barbara Kettle Gundlach Shelter for 18 years.

“Diane Shoos unspools recent films about domestic violence to help us understand how they perpetuate harmful stereotypes of the heroic victim and the monstrous abuser. These depictions are doubly erroneous: they ignore the everyday agency of abused women while misleading us about the utter normalcy of abusers. With Shoos’ excellent book, we learn how viewers are educated against understanding real possibilities for change.” (Carol J. Adams, Author of The Sexual Politics of Meat, 1990, 2015)

“Domestic Violence in Hollywood Film: Gaslighting offers a thorough critique of renditions of domestic abuse in American film. An adept analysis of the recurring tropes, characterizations, assumptions, evasions, and ideological stakes of abuse scenarios and their effects on female protagonists, the study also shows that the ways cinema presents domestic violence are often not distinct from the psychological and emotional processes of abuse itself.” (Judith Roof, William Shakespeare Chair in English, Rice University, USA. Author of What Gender Is, What Gender Does ,2016)