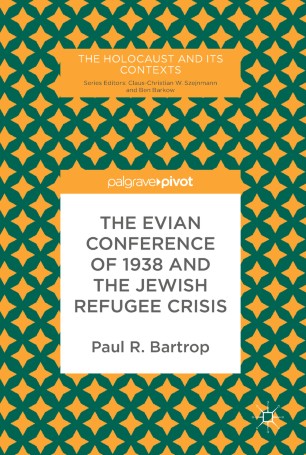 The Evian Conference of 1938 and the Jewish Refugee Crisis

This book provides the first dedicated study of the Evian Conference of July 1938, an international initiative called by U.S. President Franklin D. Roosevelt.  While on the surface the conference appeared as an attempt to alleviate the distress faced by Jews being forced out of Germany and Austria, in reality it only served to demonstrate that the nations of the world were not willing to accept Jews as refugees. Since the Holocaust, a generally-held assumption has been that the Evian Conference represented a lost opportunity to save Germany’s Jews, and that the conference failed to rescue the Jews of Europe. In this study, Paul Bartrop argues that in fact it did not fail when measured against the original reasons for which it was called. Exposing many of the myths surrounding the meeting, this work addresses a glaring lacuna in the literature of the Holocaust, and places the so-called 'failure' of the Evian Conference into its proper context.