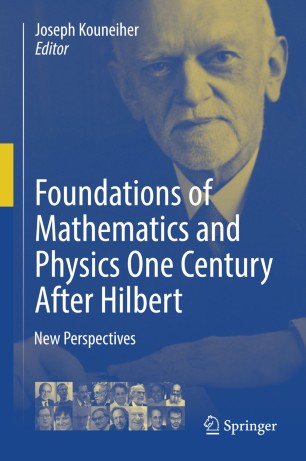 Foundations of Mathematics and Physics One Century After Hilbert

This book explores the rich and deep interplay between mathematics and physics one century after David Hilbert’s works from 1891 to 1933, published by Springer in six volumes. The most prominent scientists in various domains of these disciplines contribute to this volume providing insight to their works, and analyzing the impact of the breakthrough and the perspectives of their own contributions. The result is a broad journey through the most recent developments in mathematical physics, such as string theory, quantum gravity, noncommutative geometry, twistor theory, Gauge and Quantum fields theories, just to mention a few. The reader, accompanied on this journey by some of the fathers of these theories, explores some far reaching interfaces where mathematics and theoretical physics interact profoundly and gets a broad and deep understanding of subjects which are at the core of recent developments in mathematical physics. The journey is not confined to the present state of the art, but sheds light on future developments of the field, highlighting a list of open problems. Graduate students and researchers working in physics, mathematics and mathematical physics will find this journey extremely fascinating.  All those who want to  benefit from a comprehensive description of all the latest advances in mathematics and mathematical physics, will find this book very useful too.