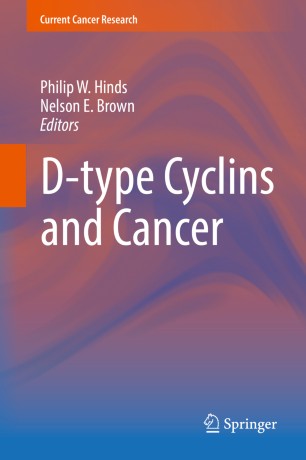 This volume provides an integrated account of our current understanding of the functions of D-type cyclins during development and tumorigenesis, with special emphasis on the kinase-independent functions of these proteins. The volume will provide a thorough review of the latest discoveries on the new functions and interacting partners of mammalian cyclin Ds crucial to explain their oncogenic and differentiation properties in different cellular contexts. The volume begins with a historical perspective of how D-type cyclins were first discovered and eventually cloned from cancer tissues, followed by an account on the canonical functions of cyclin Ds during the G1-S transition of the cell cycle. Several chapters will be devoted to review the functions of D-type cyclins as transcriptional regulators and the mechanisms through which these novel functions could impact the tumorigenic process. Also discussed is emerging evidence that points to a role of D-type cyclins, particularly cyclin D1, as a cytoplasmic regulator of various cellular functions. This property, in human cells at least, is traceable to certain splice isoforms with novel oncogenic implications. Finally, a chapter is devoted to recent efforts to revise the canonical view of the “retinoblastoma pathway” to incorporate new evidence that suggests that cyclin D1’s role in G1 is to singly-phosphorylate the retinoblastoma protein (pRb) for discrimination of target protein interactions. This work represents a significant departure from the view of cyclin D1 as a negative regulator of pRb and may have critical implications for understanding the function of antineoplastic agents that target the cyclin D1-associated kinases.