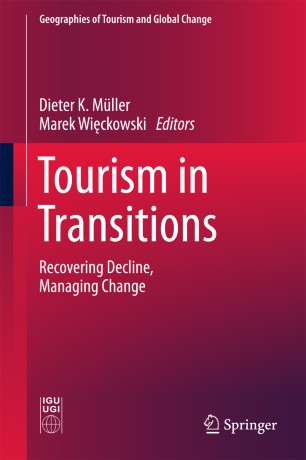 This book explores the relationship between transition and tourism geographies on a global scale, discussing how tourism has been used as a tool to recover from decline or to manage change caused by event-driven, rapid transitions in a region’s economy, politics or environment. With case studies from Europe, America, Asia and Africa, it provides examples of how specific communities and industries around the globe have reacted for better or worse. It also includes analyses of shifts within the tourism industry itself and examines the complex issues arising for localities that have to face the demands and standards of an increasingly globally interlinked tourism industry. From Whistler to Angola, casino gaming in Colorado to art tourism in Japan, the contributors investigate such factors as tourism-induced community change; the social and economic impacts second-home owners have on rural communities in the developing world; reconstruction of local tourism systems after crisis events such as wars; and the competitiveness of ski areas in light of climate change. Overall, the book offers a thoughtful study of the role of geographical and temporal scales for tourism during periods of unprecedented transition, equipping readers with new ways of conceptualizing change and adaptation.