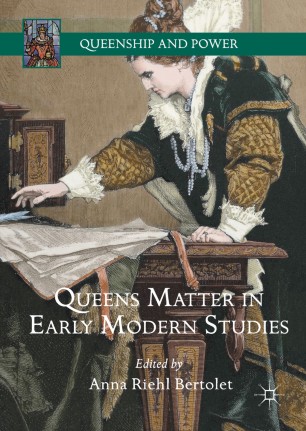 The essays in this book traverse two centuries of queens and their afterlives—historical, mythological, and literary. They speak of the significant and subtle ways that queens leave their mark on the culture they inhabit, focusing on gender, marriage, national identity, diplomacy, and representations of queens in literature. Elizabeth I looms large in this volume, but the interrogation of queenship extends from Elizabeth's historical counterparts, such as Anne Boleyn and Catherine de Medici, to her fictional echoes in the pages of John Lyly, Edmund Spenser, William Shakespeare, Mary Wroth, John Milton, and Margaret Cavendish. Celebrating and building on the renowned scholarship of Carole Levin, Queens Matter in Early Modern Studies exemplifies a range of innovative approaches to examining women and power in the early modern period.