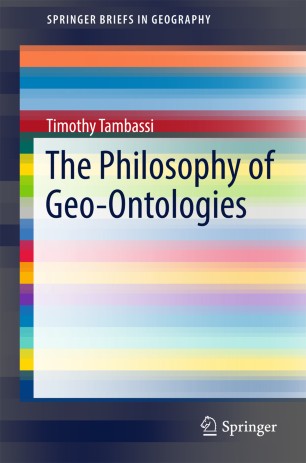 This book is intended as a philosophical introduction to geo-ontologies, in response to their increasing diffusion within the contemporary debate, where philosophy plays a fundamental, though still unexplored, role. Accordingly, the first part offers a short overview of the ontological background of geo-ontologies, which comprehends computer science, philosophy and geography. The second part is devoted to describe the ontology of geography, to define notions such as geographical entities and boundaries, and to trace some philosophical tools useful for spatial representation. The third part investigates the emerging of geo-ontologies from the spatial turn and is concerned  with a taxonomy for geo-ontologies grounded on some fundamental geographical distinctions. Finally, the last part presents the emergence of Digital Humanities and the consequent proliferation of  geographical projects focused on the ancient world, in particular Greek and Roman.