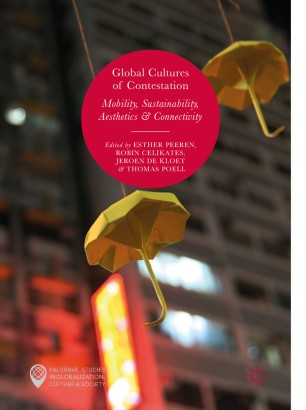 Part of the Palgrave Studies in Globalization, Culture and Society book series (PSGCS)

This book guides the reader through the many complications and contradictions that characterize popular contestation today, focusing on its socio-political, cultural, and aesthetic dimensions. The volume recognizes that the same media and creative strategies can be used to pursue very different causes, as the anti-gay marriage Manif Pour Tous movement in France makes clear. The contributors are scholars from the humanities and social sciences, who analyze protests in particular regions, including Egypt, Iran, Australia, France, Spain, Greece, and Hong Kong, and transnational protests such as the NSA-leaks and the mobilization of migrants and refugees. Not only the specificity of these protest movements is examined, but also their tendency to connect and influence each other, as well as the central, often ambiguous role global digital platforms play in this.