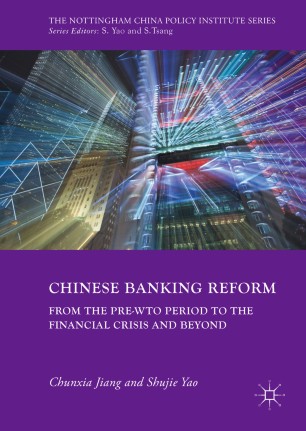 From the Pre-WTO Period to the Financial Crisis and Beyond

This book is a wide-ranging and timely overview of the contemporary Chinese banking system. It charts the vast changes in Chinese banking from before China’s admission to the WTO in 2001 to more recent regulatory reform and developments in the shadow banking sector.

The book begins with an economic history of the mono-banking system, and a critical discussion of reforms taken by the government in preparation for China’s entry to the WTO. The second part of the book discusses banking regulation and government policy during and after the global financial crisis in 2008-2009 and their impact on banking, including recent developments. Finally, the book concludes an empirical analysis of the impact of banking reforms on a number of important issues, including bank efficiency, capital structure, competition and financial stability, and risk taking behaviour, and a review of the relevance of shadow banking and internet banking.

Chunxia Jiang is Senior Lecturer in Economics at Middlesex University Business School, UK. She was a visiting researcher at BOFIT (Bank of Finland) in 2013.

Shujie Yao is Professor and Head of the School of Contemporary Chinese Studies, University of Nottingham, and Special Chair Professor of Economics at Xi’an Jiaotong University in China.