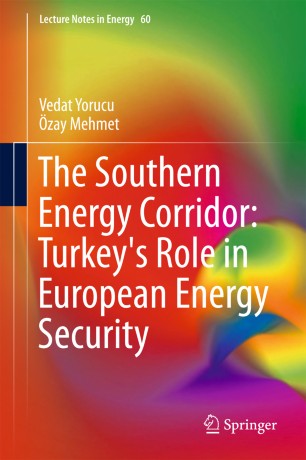 This book highlights the importance of Turkey in diversifying supplies in future European energy security, focusing in particular on the rapidly emerging southern energy corridor. Turkey, by its location, occupies a key role in this corridor, fed by hydrocarbon supplies from Russian, Caspian, east Mediterranean and Arab sources.

The book examines Turkey's role as a transit country (in addition to its own growing domestic energy market) and it utilizes the latest evidence on the geopolitics of various pipelines which convergence on Turkey. The evidence, including maps, strongly favor Turkey as an energy hub within a regional energy model driven by rational behavior and market forces. The book recommends an increasing strategic energy cooperation between the EU and Turkey to maximize mutual interest.

Professor Mehmet is a development economist who has authored numerous books and articles. He is Dean of the Faculty of Business and Economics at the Eastern Mediterranean University, and a member of the Turkish Economics Association, from whom he received the distinguished service medal in 2006.

Professor Yorucu specializes in economic development, international economics, and energy and construction economics. He is Vice President of the Turkish Economics Association and Chief Economic Advisor to the Ministry of Finance and formerly to the Minister of Economy and Tourism.

“I would recommend it for everyone interested in the energy security of the Eastern Mediterranean, as well as those focussing on Greco-Turkish/Cypriot-Turkish relations. It offers a concise overview of the current state of affairs in the field of energy security in the region, and a brief Turkish glimpse of it.” (Martina Dočkalová, Mezinárodní vztahy / Czech Journal of International Relations, Vol. 53 (4), 2018)