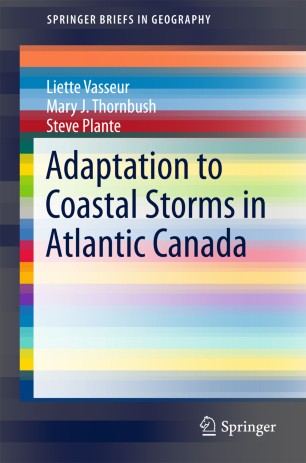 This brief is based on an analysis that was performed on the 2010 winter storms that caused considerable damage to coastal communities in Atlantic Canada. The hazards that occurred were associated with storm surge,

high waves, coastal erosion, and flooding. The analysis covered a large multisite longitudinal project, where a participatory action research (PAR) approach was used to understand how people in 10 coastal communities perceive and experience extreme weather events and to enhance their capacity to adapt and improve their resilience. This brief exposes the outcome of two series of interviews and activities that were conducted during the project, as well as the lessons learned, and general elements that should be considered when researchers collaborate with communities to define adaptation and resilience strategies. It makes an important contribution to the application of PAR as an integrated (social-ecological) approach to resilience and how such an approach can be adapted also to other communities.