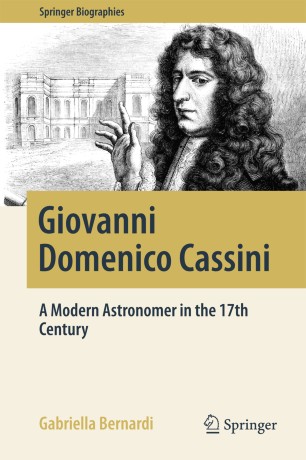 A Modern Astronomer in the 17th Century

This book offers a fascinating account of the life and scientific achievements of Giovanni Domenico Cassini, or Cassini I, the most famous astronomer of his time, who is remembered today especially for his observations of the rings and satellites of Saturn and his earlier construction of the great meridian line in the Basilica of San Petronio in Bologna. The various stages of his life are recounted in an engaging style, from his early childhood in Perinaldo and his time at the famous Jesuit College in Genoa, to his later experiences in Bologna and Paris. The emphasis, however, is on the scientific side of his life.

The book explores his impressive body of work in diverse fields while also drawing attention to the international character of his endeavors, the rigor of his research, and his outstanding management skills, which combined to make him an early embodiment of the “European scientist.” It was also these abilities that gained him the attention of the most powerfu

l king in Europe, Louis XIV of France (the “Sun King”), under the auspices of whom he set up the Paris Observatory in 1671. He would go on to serve as Director of the Observatory, where he would make the majority of his scientific discoveries, for the rest of his life.