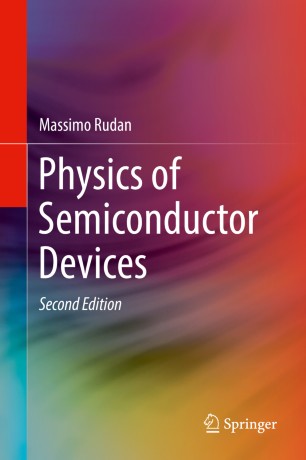 This textbook describes the basic physics of semiconductors, including the hierarchy of transport models, and connects the theory with the functioning of actual semiconductor devices.  Details are worked out carefully and derived from the basic physical concepts, while keeping the internal coherence of the analysis and explaining the different levels of approximation.  Coverage includes the main steps used in the fabrication process of integrated circuits: diffusion, thermal oxidation, epitaxy, and ion implantation.  Examples are based on silicon due to its industrial importance.  Several chapters are included that provide the reader with the quantum-mechanical concepts necessary for understanding the transport properties of crystals. The behavior of crystals incorporating a position-dependent impurity distribution is described, and the different hierarchical transport models for semiconductor devices are derived (from the Boltzmann transport equation to the hydrodynamic and drift-diffusion models). The transport models are then applied to a detailed description of the main semiconductor-device architectures (bipolar, MOS, CMOS), including a number of solid-state sensors. The final chapters are devoted to the measuring methods for semiconductor-device parameters, and to a brief illustration of the scaling rules and numerical methods applied to the design of semiconductor devices.