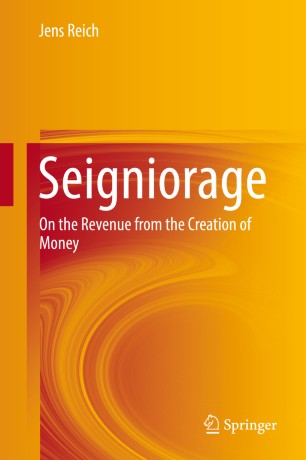 On the Revenue from the Creation of Money

This book analyzes the revenues from the creation of currency by a central government. Adopting an institutional perspective, it develops a general theory of seigniorage by identifying three monetary regimes in economic history and the history of economic thought: a commodity currency, a fiat currency and a credit currency regime. As such it provides a modern analytical framework to analyze the nature of revenues from the creation of currency and their optimal height, whether currency is issued by means of minting coins, by printing and spending paper notes, by crediting private entities, or combinations thereof.

The results of this analysis stretch beyond the immediate topic. The book establishes a relationship between the theory of seigniorage and government debt, the theory of the interest rate, the optimal rate of inflation, or the effectiveness and inflationary limits of outright monetary transactions.