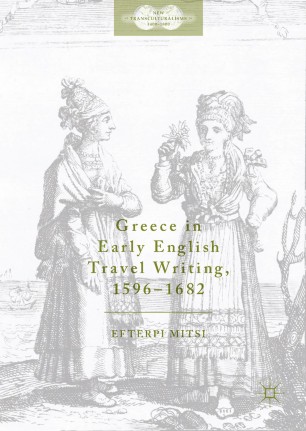 This book examines the letters, diaries, and published accounts of English and Scottish travelers to Greece in the seventeenth century, a time of growing interest in ancient texts and the Ottoman Empire. Through these early encounters, this book analyzes the travelers’ construction of Greece in the early modern Mediterranean world and shows how travel became a means of collecting and disseminating knowledge about ancient sites. Focusing on the mobility and exchange of people, artifacts, texts, and opinions between the two countries, it argues that the presence of Britons in Greece and of Greeks in England aroused interest not only in Hellenic antiquity, but also in Greece’s contemporary geopolitical role. Exploring myth, perception, and trope with clarity and precision, this book offers new insight into the connections between Greece, the Ottoman Empire, and the West.