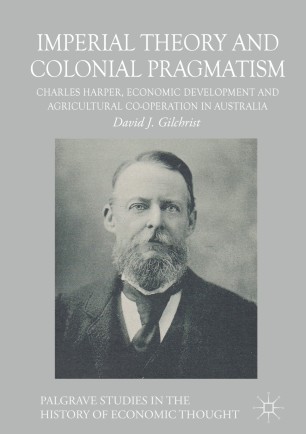 This book considers the role played by co-operative agriculture as a critical economic model which, in Australia, helped build public capital, drive economic development and impact political arrangements. In the case of colonial Western Australia, the story of agricultural co-operation is inseparable from that of the story of Charles Harper. Harper was a self-starting, pioneering frontiersman who became a political, commercial and agricultural leader in the British Empire’s most isolated colony during the second half of the Victorian era. He was convinced of the successful economic future of Western Australia but also pragmatic enough to appreciate that the unique challenges facing the colony were only going to be resolved by the application of unorthodox thinking.

Using Harper’s life as a foil, this book examines Imperial economic thinking in relation to the co-operative form of economic organisation, the development of public capital, and socialism. It uses this discu

ssion to demonstrate the transfer of socialistic ideas from the centre of the Empire to the farthest reaches of the Antipodes where they were used to provide a rhetorical crutch in support of purely pragmatic co-operative establishments.