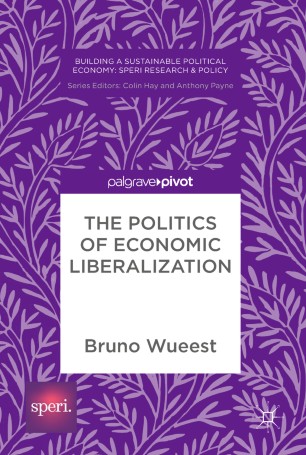 The Politics of Economic Liberalization

This book analyses the discourses of economic liberalization reform in six Western European countries – Germany, France, the United Kingdom, the Netherlands, Switzerland and Austria. It provides systematic empirical evidence that policy-related discourses are much more than noise; rather, they are detailed expressions of institutional complementarities and political struggles. The author posits that the more open a discourse, the broader the range of perceived interests, which, in turn, increases the intensity of conflicts. Similarly, the more public discourse centres on coordination, the more intense actors need to engage with opposite interests, which most probably intensifies political disputes as well. Moreover, Wueest argues that the formation of a consensus within the political mainstream has left a vacuum for outsider parties such as Syriza in Greece and Podemos in Spain to feed on the contentiousness of economic liberalization policies.

Bruno Wueest is Research and Teaching Fellow at the University of Zurich, Switzerland. His research interests are distinctly interdisciplinary and include political communication, comparative political economy and computational linguistics. He works on the automated analysis of tweets, open survey questions, parliamentary debates and newspaper articles.