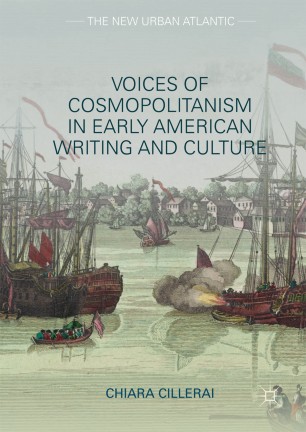 Voices of Cosmopolitanism in Early American Writing and Culture

This book argues that cosmopolitanism was a feature of early American discourses of nation formation and eighteenth-century colonialism. With the analysis of writings by Thomas Jefferson, Benjamin Franklin, Elizabeth Graeme Fergusson, Philip Mazzei, and Olaudah Equiano, the book reassesses the terms in which we understand cosmopolitanism, its relationship with local and transatlantic environments, and the way these representative writers from different segments of colonial society identified themselves and America within the transatlantic context. The book shows that the transnational and universalist appeal of the cosmopolitan not only accompanies empire building and defines a narrative that aligns the cosmopolitan perspective of global understanding and cooperation with western political ideology. The language of the cosmopolitan also forms the basis of a rhetoric that resists imperial expansion and allows writers in a variety of cultural, social, and political margins to find a voice to identify themselves, America, and the transatlantic world they imagine.