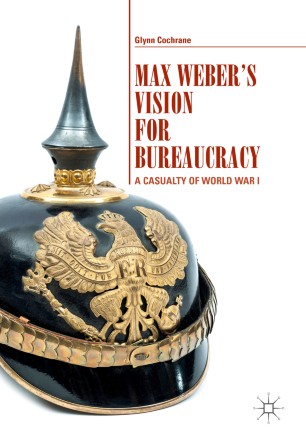 A Casualty of World War I

This volume examines Max Weber’s pre-World War I thinking about bureaucracy. It suggests that Weber’s vision shares common components with the highly efficient Prussian General Staff military bureaucracy developed by Clausewitz and Helmuth von Moltke. Weber did not believe that Germany’s other major institutions, the Civil Service, industry, or the army could deliver world class performances since he believed that they pursued narrow, selfish interests. However, following Weber’s death in 1920, the model published by his wife Marianne contained none of the military material about which Weber had written approvingly in the early chapters of Economy and Society. Glynn Cochrane concludes that Weber’s model was unlikely to include military material after the Versailles peace negotiations (in which Weber participated) outlawed the Prussian General Staff in 1919.

Glynn Cochrane was Professor at the Maxwell Graduate School at Syracuse University, USA, and a World Bank staff member. He is now Adjunct Faculty Member at the University of Queensland, Brisbane, Australia.