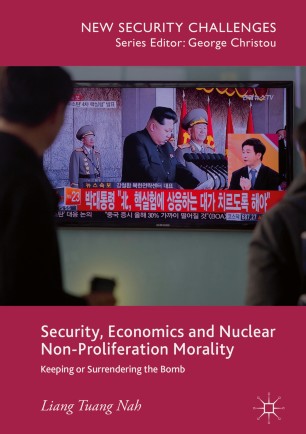 Keeping or Surrendering the Bomb

This book seeks to elucidate the decisions of states that have chosen to acquire nuclear arms or inherited nuclear arsenals, and have either disarmed or elected to retain their warheads. It examines nuclear arms policy via an interconnected framework involving the eclectic use of national security based realism, economic interdependence liberalism, and nuclear weapons norms or morality based constructivism. Through the various chapters examining the nuclear munitions decisions of South Africa, Ukraine and North Korea, a case is built that a state’s leadership decides whether to keep or give up “the Bomb” based on interlinked security, economic and norms governed motivations. Thereafter, frameworks evaluating the likelihood of nuclear proliferation and accessing the feasibility of disarmament are then applied to North Korea and used to examine recent Iranian nuclear negotiability. This book is an invaluable resource for international relations and security studies scholars, WMD analysts and post graduate or undergraduate candidates focusing on nuclear arms politics related courses