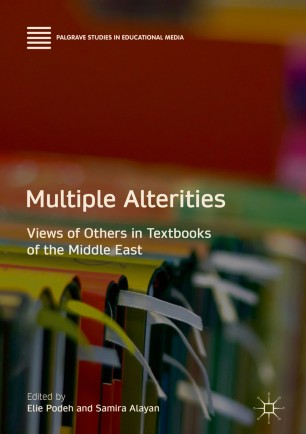 Views of Others in Textbooks of the Middle East

This book highlights and examines the role of the textbook in legitimising established political and social orders. It analyses the way in which the ‘other’ is presented in school textbooks, focusing on  a number of countries in the Middle East and North Africa (MENA) region, and argues that the role of textbooks in developing and maintaining a national identity should be afforded greater critical attention. Textbooks can help form national identities by developing a society’s collective memory; this might involve a historical narrative which may be self-contradictory or even fabricated to a certain extent, including myths, symbols and collective memories that divide “us” from “them”, and ultimately resulting a dichotomy between the Self and the Other. As well as addressing a range of theoretical questions relating to the study of textbooks generally, the volume also covers a broad spectrum of Middle Eastern states and societies, with contributions from Turkey, Iran, Egypt, Cyprus, Lebanon, Iraq, Kurdistan, Jordan, Morocco, Tunisia, Israel and Palestine. It will be essential reading for researchers and students working in the fields of Education, Sociology and History, particularly those with an interest in national identities in the MENA region.