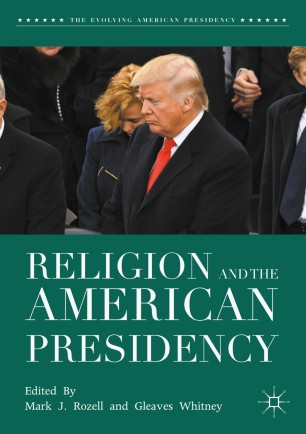 Religion and the American Presidency

Part of the The Evolving American Presidency book series (EAP)

This book chronologically analyzes thirteen key US Presidents, from Washington to Trump, to highlight how religion has informed or influence their politics and policies. For years, leading scholars have largely neglected religion in presidential studies. Yet, religion has played a significant role in a number of critical presidencies in US history. This volume reveals the deep religious side to such presidents as Truman, Eisenhower, and Reagan, among others, and the impact that faith had on their administrations. Now in its third edition, this work also provides a fresh look at the legacy of Obama’s faith-based administration, as well as a new chapter on the 2016 Trump campaign’s dependence on religious voters provide a timely update to a key text in the study of religion and the presidency.