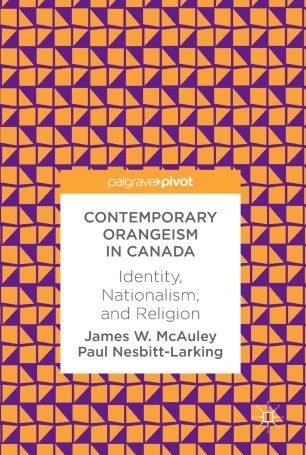 This book uses original research and interviews to consider the views of contemporary members of the Orange Order in Canada, including their sense of political and societal purpose, awareness of the decline of influence, views on their present circumstances, and hopes for the future of Orangeism in Canada. In so doing, it details the organisational structure of Canadian society: the role of religion in public life, the changing context of multicultural Canada, and the politics of resistance of a political and social organisation in decline. This book offers a social scientific complement to existing historical work on the role of the Orange Order in Canadian society, and builds upon it through an analysis of contemporary Orangeism. It considers the Orange Order as a worldwide body and makes some comparisons and contrasts with its organisational status and membership in Ireland and elsewhere. As such, the book makes a distinctive contribution to our knowledge of a fraternal organisation and the role of religious belief and politics in contemporary society.