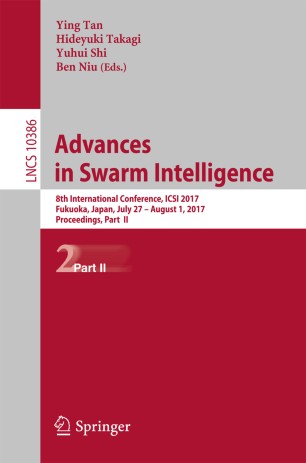 The two-volume set of LNCS 10385 and 10386, constitutes the proceedings of the 8th International Conference on Advances in Swarm Intelligence, ICSI 2017, held in Fukuoka, Japan, in July/August 2017.
The total of 133 papers presented in these volumes was carefully reviewed and selected from 267 submissions. The paper were organized in topical sections as follows: