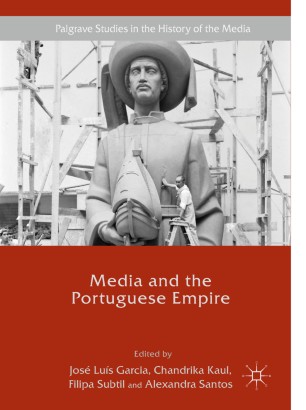 Media and the Portuguese Empire

This volume offers a new and innovative understanding of the role of the media in the Portuguese Empire during the nineteenth and twentieth centuries. It sheds light on the interactions between communications, government policy, economics, society and culture. Adopting an interdisciplinary approach, the book focuses on varied themes including the expansion of printing, the development of newspapers and radio, state propaganda in metropolitan Portugal and within her colonies, censorship, the use of media by opposition and nationalist groups, and comparative developments within Britain and her empire. The book aims to encourage an understanding of the articulations and tensions between the different groups that participated, willingly or not, in the establishment, maintenance and overthrow of the Portuguese Empire in Angola, Mozambique, São Tomé e Príncipe, Cape Verde, Guinea-Bissau, India, and East Timor.