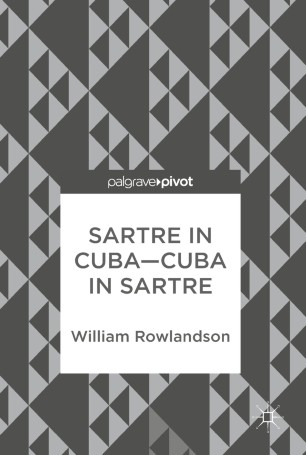 Sartre in Cuba–Cuba in Sartre

This book explores Sartre’s engagement with the Cuban Revolution.

In early 1960 Jean-Paul Sartre and Simone de Beauvoir accepted the invitation to visit Cuba and to report on the revolution. They arrived during the carnival in a land bursting with revolutionary activity. They visited Che Guevara, head of the National Bank. They toured the island with Fidel Castro. They met ministers, journalists, students, writers, artists, dockers and agricultural workers. Sartre spoke at the University of Havana.

His Cuba accounts have been maligned, ignored and understudied.

They have been denounced as blind praise of Castro, ‘unabashed propaganda.’ They have been criticised for ‘clichés,’ ‘panegyric’ and ‘analytical superficiality.’ They have been called ‘crazy’ and ‘incomprehensible.’ Sartre was called naïve. He was rebuked as a fellow traveller. He was, in the words of Cuban author Guillermo Cabrera Infante, duped by ‘Chic Guevara.’

This book explores these accusations. Were Sartre’s Cuba texts propaganda? Are they blind praise? Was he naïve? Had he been deceived by Castro? Had he deceived his readers? Was he obligated to Castro or to the Revolution?

He later buried the reports, and abandoned a separate Cuba book. His relationship with Castro later turned sour.

What is the impact of Cuba on Sartre and of Sartre on Cuba?