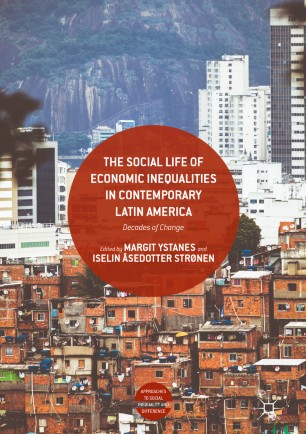 The Social Life of Economic Inequalities in Contemporary Latin America

This book is open access under a CC BY 4.0 license.
This edited volume examines how economic processes have worked upon social lives and social realities in Latin America during the past decades. Through tracing the effects of the neoliberal epoch into the era of the so-called pink tide, the book seeks to understand to what extent the turn to the left at the start of the millennium managed to challenge historically constituted configurations of inequality. A central argument in the book is that in spite of economic reforms and social advances on a range of arenas, the fundamental tenants of socio-economic inequalities have not been challenged substantially. As several countries are now experiencing a return to right-wing politics, this collection helps us better understand why inequalities are so entrenched in the Latin American continent, but also the complex and creative ways that it is continuously contested. The book directs itself to students, scholars and anyone interested in Latin America, economic anthropology, political anthropology, left-wing politics, poverty and socio-economic inequalities.