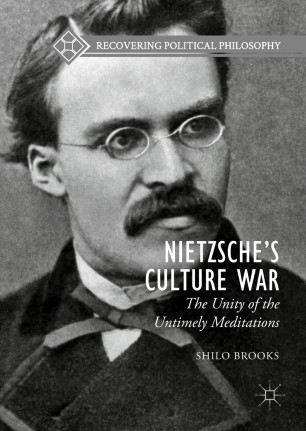 The Unity of the Untimely Meditations

This book is the first comprehensive interpretation of Nietzsche’s Untimely Meditations. It argues that the four Meditations—which Nietzsche said “deserve the greatest attention for my development”—are not separate pieces, but instead form a unified philosophic narrative that constitutes his first attempt to diagnose and cure the spiritual ailments whose causes he traced to modern culture and science. Taking his commentary on the four essays in his autobiographical work Ecce Homo as its interpretive guide, this book also shows that the Untimely Meditationscontain early expositions of concepts like the last man, the overman, the new philosopher, the creation of values, and the malleability of nature—all staples of his later philosophy.