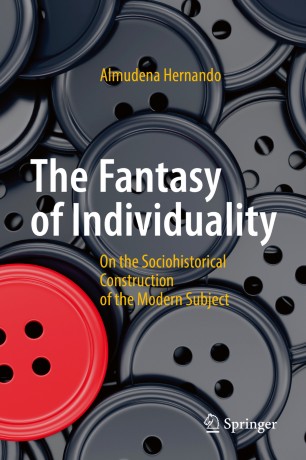 The Fantasy of Individuality

On the Sociohistorical Construction of the Modern Subject

This volume is a step in fleshing out the historical reasons for gender inequality from the origins of humankind to present times in the Western world. It argues that despite much critique during the last two decades, gender identities are still ultimately understood as closed and rigid categories which unwittingly reproduce modern Western values.
It is a theoretically-informed and up-to-date overview of the history of gender inequality that takes as its starting point the mechanisms through which human beings construct their self-identity. It discusses deeply ingrained assumptions on the relationship between gender and materiality in the present that lead both the academic community and the general public alike to reproduce specific patterns of thought about sex and gender and project them into the past.
Starting from a peripheral and heterodox perspective, this book intends to appraise the complexity of gender identity in all its richness and diversity. It seeks to understand the persistence of relationality in supposedly fully individualized male selves, and the construction of new forms of individuality among women that did not follow the masculine model. It is argued here that by balancing community and self beyond the contradictions of hegemonic masculinity, modern women are struggling to build a new, more empowering form of personhood.
The author is an archaeologist, who uses her discipline not only to provide data, theory and a long-term perspective, but also in a metaphorical sense: to construct a socio-historical genealogy of current gender systems, through an examination of how personhood and self-identity have been constructed in the Western world.