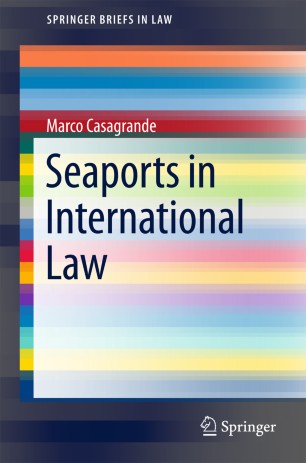 This is the first book to offer a comprehensive overview of modern seaports from a legal perspective. Further, it provides a basic toolkit for establishing a legal doctrine of seaports, the instruments of said toolkit being the very few legal norms specifically targeting seaports, which are examined as such rather than through the lens of other, more established disciplines, such as the law of the sea or transportation law. It is a first, necessary step toward giving seaports the status they rightfully deserve in legal studies.

Despite centuries of international law studies and decades of EU law evolution, seaports have remained stuck in limbo. From a law of the sea perspective, seaports belong to the land, an approach that is often clearly reflected in national maritime legislation. The other branches of international law do not focus on seaports, since they are considered to belong to the sea. The port communities, for their part, have availed themselves of the “port specificity” concept.

In recent decades, containerization has transformed ports into key hubs of the globalized economy, but also into vital checkpoints of the War on Terror, due to the security risks posed by the millions of sealed containers circulating worldwide. Moreover, tragic maritime incidents have shown that seaports are the only reliable sentinels of the seas, being the only places where the systematic inspection of ships is feasible. This has led to the adoption of specific international and EU rules. Those rules, however, remain fragmented, highly specialized and technical; as such, they are unsuitable for creating an organic legal seaport regime: this objective can only be achieved with a significant contribution from legal doctrine.