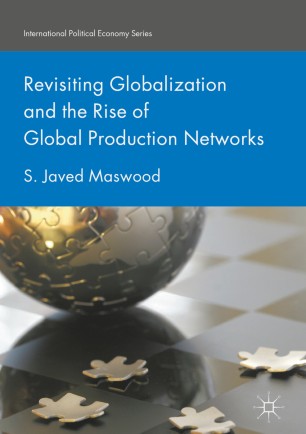 Revisiting Globalization and the Rise of Global Production Networks

This book takes issue with the likening of contemporary globalization to nineteenth century trade interdependence, in which the defining feature of contemporary globalization is the spread of global production networks, which were notably absent in the past. Maswood demonstrates that the emergence of global production networks (GPNs) was not a result of economic and trade liberalization, but instead due to neo-protectionist developments in the 1980s that acted as a catalyst to transform Japan’s nationally based production networks into the now ubiquitous GPNs. Through this case study of Japan, the author lays out a case for reconsidering the origins of globalisation, and explores some of the consequences that are likely to flow from progressive evolutionary transition towards a global economy.

"This view of globalization grounded in manufacturing networks conveys a powerful message about international trade and investment that deserves to be widely read."

—Clement M. Henry, The University of Texas at Austin, USA