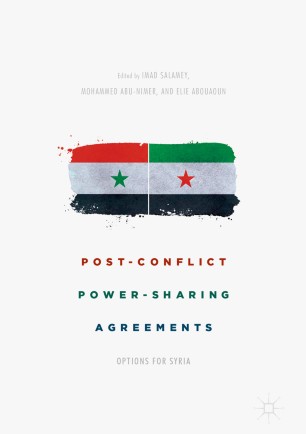 The book surveys comparative power sharing models implemented in societies that have faced identity-conflicts, with attention given to post-conflict design. It analyzes the success and pitfalls of international experiences before proposing a model for Syria. Contributors address the central question: which among the set of power-sharing agreements that have helped settle protracted identity-driven armed conflict can provide Syria with a platform for dialogue, negotiation, and conflict mitigation? The comparative analysis advanced in this book extracts lessons from countries such as Bosnia-Herzegovina, India, Iraq, Lebanon, Mali, Northern Ireland, the Philippines and Sudan. The prospect of a post-conflict distribution of power in Syria is then unraveled from different sectarian, ethnic and regional perspectives. The authors also address challenges of peacebuilding such as violent extremism, gender participation, resettlements, retributions, transitional justice, integration of armed groups and regional and international sponsorship.