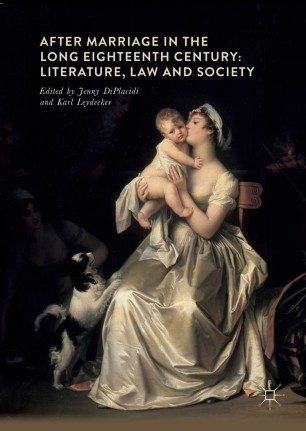 After Marriage in the Long Eighteenth Century

This book examines the intersections between the ways that marriage was represented in eighteenth-century writing and art, experienced in society, and regulated by law. The interdisciplinary and comparative essays explore the marital experience beyond the ‘matrimonial barrier’ to encompass representations of married life including issues of spousal abuse, parenting, incest, infidelity and the period after the end of marriage, to include annulment, widowhood and divorce. The chapters range from these focuses on legal and social histories of marriage to treatments of marriage in eighteenth-century periodicals, to depictions of married couples and families in eighteenth-century art, to parallels in French literature and diaries, to representations of violence and marriage in Gothic novels, and to surveys of same-sex partnerships. The volume is aimed towards students and scholars working in the long eighteenth century, gender studies, women’s writing, publishing history, and art and legal historians.