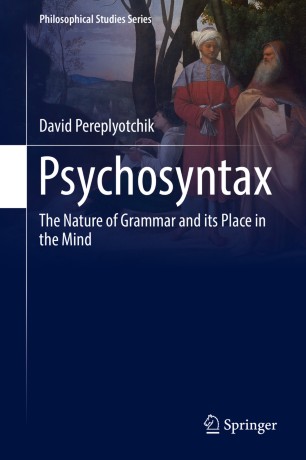 The Nature of Grammar and its Place in the Mind

This volume examines two main questions: What is linguistics about? And how do the results of linguistic theorizing bear on inquiry in related fields, particularly in psychology? The book develops views that depart from received wisdom in both philosophy and linguistics. With regard to questions concerning the subject matter, methodological goals, and ontological commitments of formal syntactic theorizing, it argues that the cognitive conception adopted by most linguists and philosophers is not the only acceptable view, and that the arguments in its favor collapse under scrutiny.   Nevertheless, as the book shows, a detailed examination of the relevant psycholinguistic results and computational models does support the claim that the theoretical constructs of formal linguistics are operative in real-time language comprehension. These constructs fall into two categories: mental phrase markers and mental syntactic principles. Both are indeed psychologically real, but in importantly different ways. The book concludes by drawing attention to the importance of the often-elided distinction between personal and subpersonal psychological states and processes, as well as the logical character of dispositional and occurrent states. By clarifying these concepts, particularly by reference to up-and-running psychological and computational models, the book yields a richer and more satisfying perspective on the psychological reality of language.