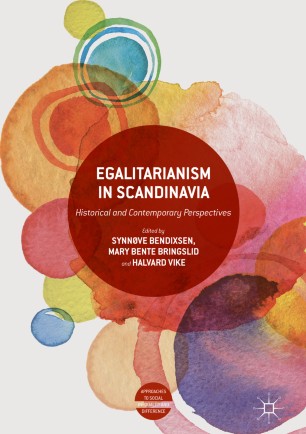 This book discusses egalitarianism in Scandinavian countries through historically oriented and empirically based studies on social and political change. The chapters engage with issues related to social class, political conflict, the emergence of the welfare state, public policy, and conceptualizations of equality. Throughout, the contributors discuss and sometimes challenge existing notions of the social and cultural complexity of Scandinavia. For example, how does egalitarianism in these nations differ from other contemporary manifestations of egalitarianism? Is it meaningful to continue to nurture the idea of Scandinavian exceptionalism in an age of economic crises and globalization? The book also proposes that egalitarianism is not merely a relationship between specific, influential enlightenment ideas and patterns of policy, but an aspect of social organization characterized by specific forms of political tension, mobilization, and conflict resolution-as well as emerging cultural values such as individual autonomy.