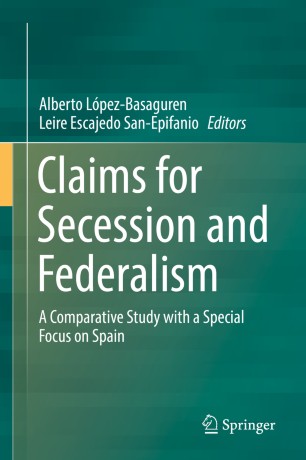 Claims for Secession and Federalism

A Comparative Study with a Special Focus on Spain

This volume, incorporating the work of scholars from various parts of the globe, taps the wisdom of the Westphalian (and post-Westphalian) world on the use of federalism and secession as tools for managing regional conflicts. The debate has rarely been more important than it is right now, especially in light of recent events in Catalonia, Scotland, Québec and the Sudan - all unique political contexts raising similar questions about how best to balance competing claims for autonomy, interdependence, political voice, and exit. Exploring how various nations have encountered comparable conflicts, some more and some less successfully, the book broadens the perspectives of scholars, government officials, and citizens struggling to resolve sovereignty conflicts with a full appreciation of the underlying principles they represent.