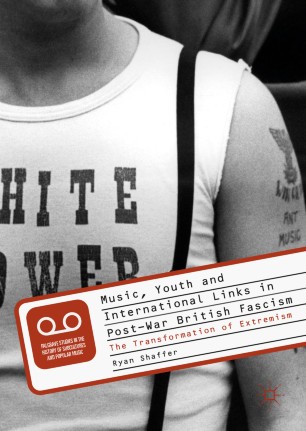 The Transformation of Extremism

This book examines the domestic evolution and international connections of post-war fascists in the United Kingdom. It argues that post-war British fascism became transnational as the radicals increasingly exchanged ideas, money and culture with like-minded foreigners. Drawing from interviews with key figures in several countries, it traces the history of the National Front and British National Party by focusing on the political parties’ youth, music and international outreach. It explores how post-war British fascism grew into an international movement, how fascist youth developed skinhead music as a conduit for their ideas, and how some of those same key figures made international connections with people in countries, such as Iraq, Libya, Syria and the United States. Moreover, it also draws from rare internal party documents, law enforcement records and membership lists to track foreign funding and the parties’ domestic electoral growth. For the first time, this book gained access to both the leadership and rank-and-file of the British National Party and National Front to explore its culture and international connections. In doing so, it shows the successes, failures and changes that have made British fascism a force in the international extremist subculture.