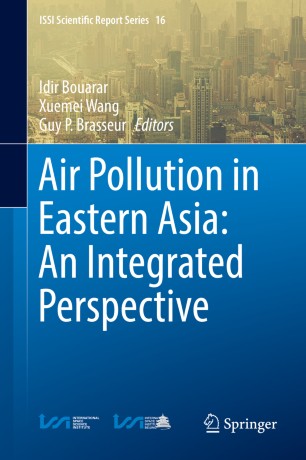 This book, written by an international group of experts from China, Europe and the USA, presents a broad and comprehensive analysis of the chemical and meteorological processes responsible for the formation of air pollutants in eastern Asia, and in particular for the development of severe pollution episodes observed primarily during winter in the northeastern part of China. With the rapid population growth, economic development and urbanization occurring in Asia, air pollution has become a major environmental problem in this part of the world. The book is organized around six distinct parts. The first part of the volume offers a general perspective on issues related to air pollution including persistent haze events in eastern and southern Asia. The second part presents an overview of air pollution sources (i.e., anthropogenic and biomass burning sources). The third part analyzes in-situ observations of chemical species in China, while the fourth part focuses on space observations of gas-phase and aerosol species. The modeling aspects are treated in the fifth part of the volume, which includes a presentation of several air quality forecast systems and an assessment of the role of urbanization on air pollution levels. Finally, the effects of air pollution on health and crop productivity in China are discussed in the last part of the book. The book also presents an integrated view of past and present situations in Asia and provides the scientific basis from which mitigation policies can be established and air quality can be improved.

Audience: This book is written for scientists, educators, students, environmental managers, policy-makers and leaders in public administration and private corporations who wish to use science-based information to mitigate air pollution. The book should help decision-makers to design effective policies for air quality improvement and to successfully manage short-term air pollution episodes that substantially affect people’s quality of life and strongly impact the economy.