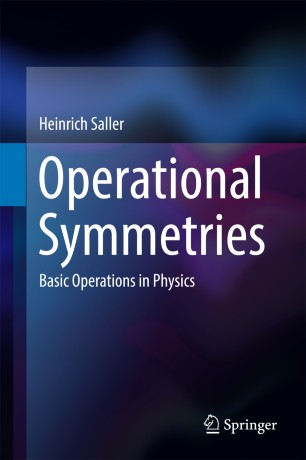 This book describes the endeavour to relate the particle spectrum with representations of operational electroweak spacetime, in analogy to the atomic spectrum as characterizing representations of hyperbolic space. The spectrum of hyperbolic position space explains the properties of the nonrelativistic atoms; the spectrum of electroweak spacetime is hoped to explain those of the basic interactions and elementary particles.
In this book, the theory of operational symmetries is developed from the numbers, from Plato’s and Kepler’s symmetries over the simple Lie groups to their applications in nonrelativistic, special relativistic and general relativistic quantum theories with the atomic spectrum for hyperbolic position and, in first attempts, the particle spectrum for electroweak spacetime.
The standard model of elementary particles and interactions is characterized by a symmetry group. In general, as initiated by Weyl and stressed by Heisenberg, quantum theory can be built as a theory of operation groups and their unitary representations. In such a framework, time, position and spacetime is modeled by equivalence classes of symmetry groups. For a unification on this road, the quest is not for a final theory with a basic equation for basic particles, but for the basic operation group and its representations.